What is the Hackaday Prize?

The Hackaday Prize represents a chance for the open source hardware community and the electronics industry to go beyond promises and work together to deliver tangible solutions. We are challenging our open source community of engineers, designers, scientists, and hackers to work within the United Nations Sustainable Development Goals structure, to tackle our planet's most pressing issues. 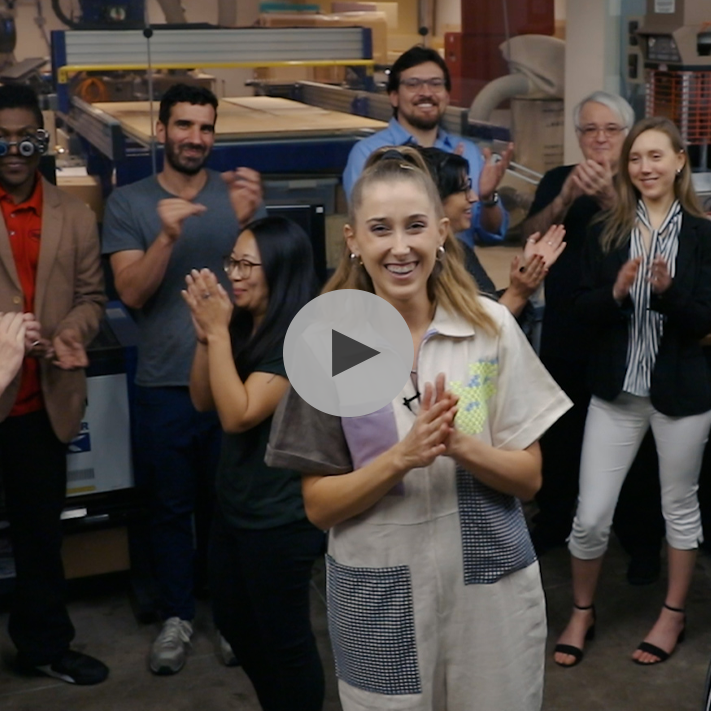 Enter one or more of this year's challenges for the chance to win cash prizes and move on to the finals, where our panel of judges will decide on the grand prize winner! With $25,000 on the line, and numerous other opportunities to win, there's no reason not to enter!

Ultimately though, the Hackaday Prize isn't about winning money. It's about creating impactful change through the kind of hardware innovation only our amazing community can provide. 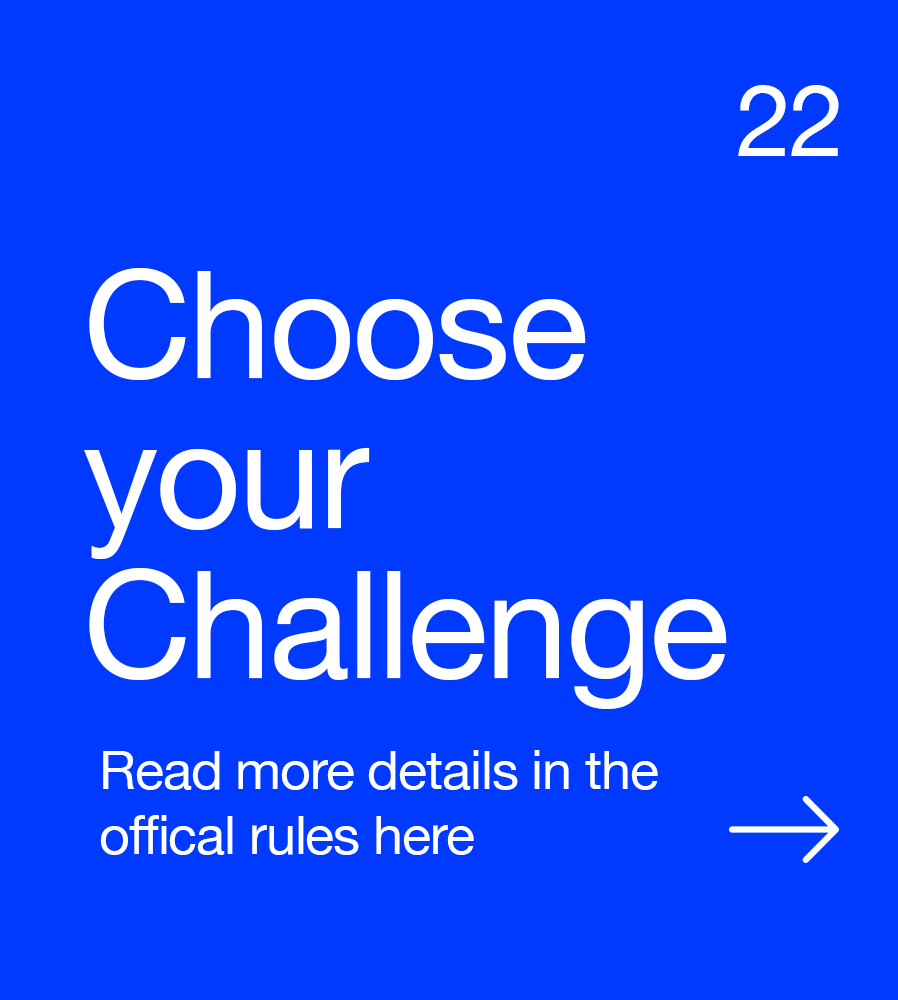 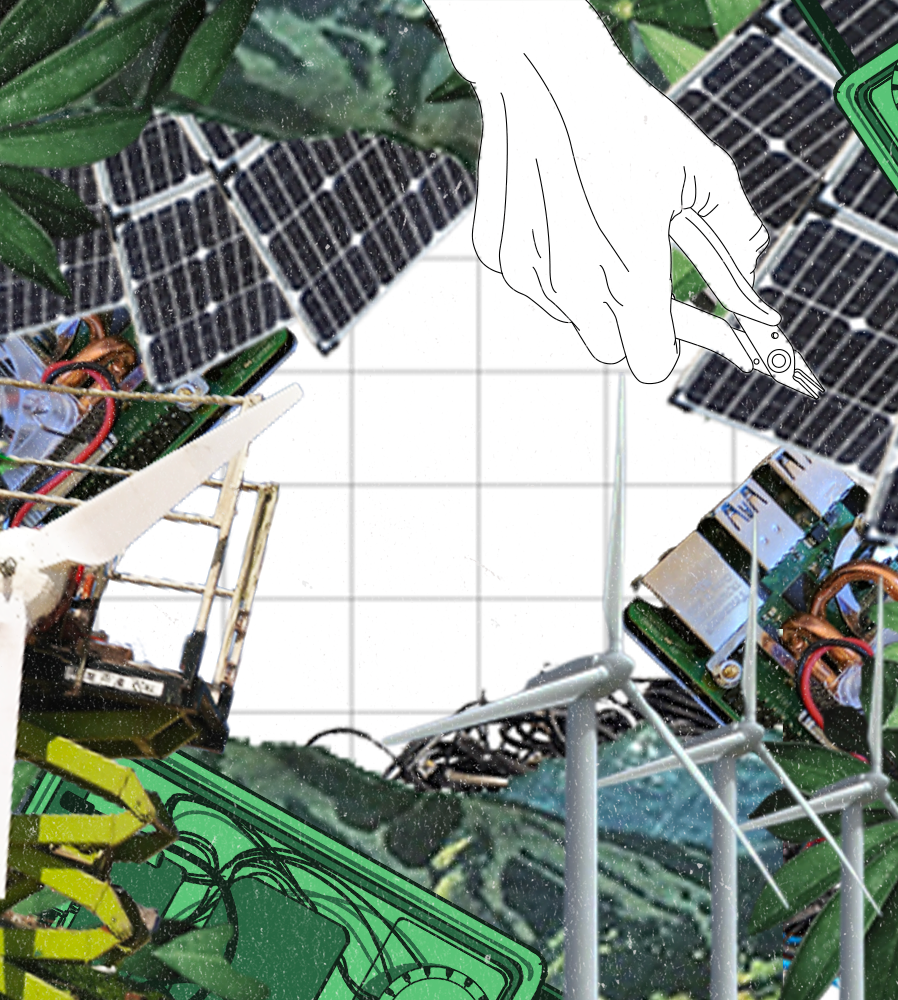 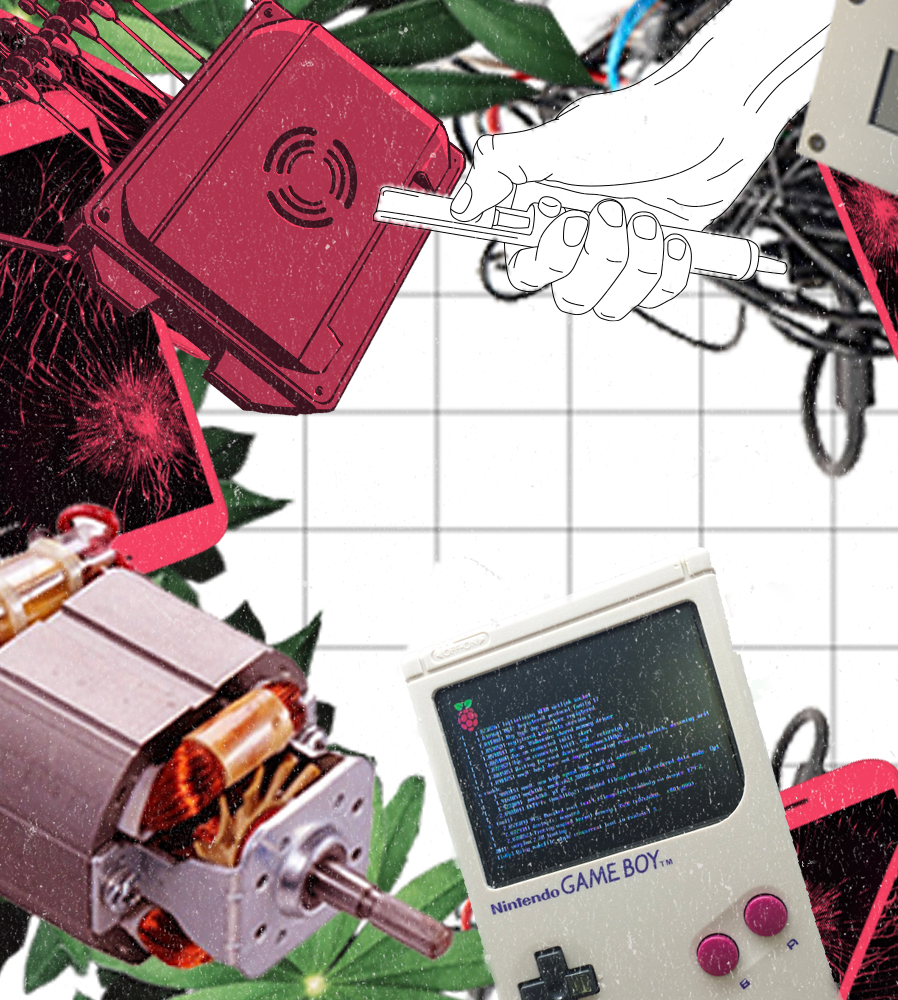 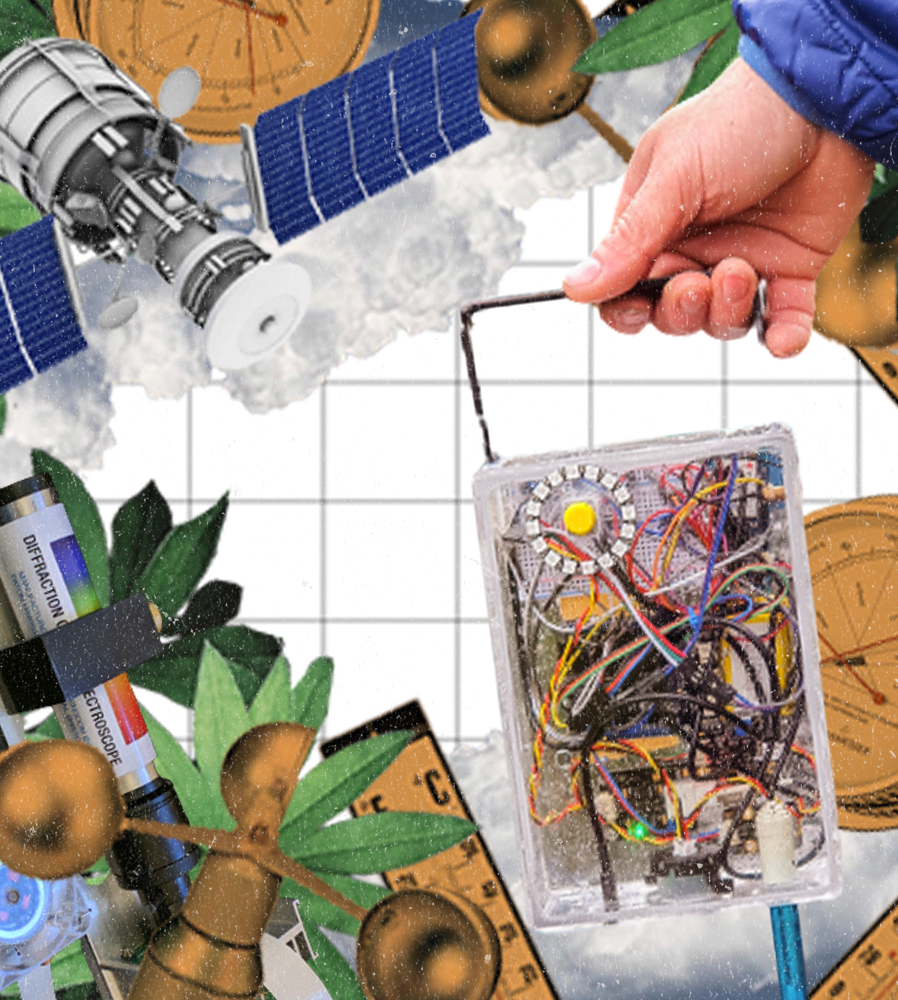 Submit your entries to one or more of the challenges through Hackaday.io. Challenges are open for set dates throughout the year, with finalists receiving $500 and the chance to win one of the larger cash prizes.

Our panel of judges will decide on finalists and winners, but with five challenges to choose from, and mentor sessions to help inspire creativity, there are numerous opportunities to win big! Grand prize winners also receive consideration to continue developing their entry as a resident of the Supplyframe DesignLab. 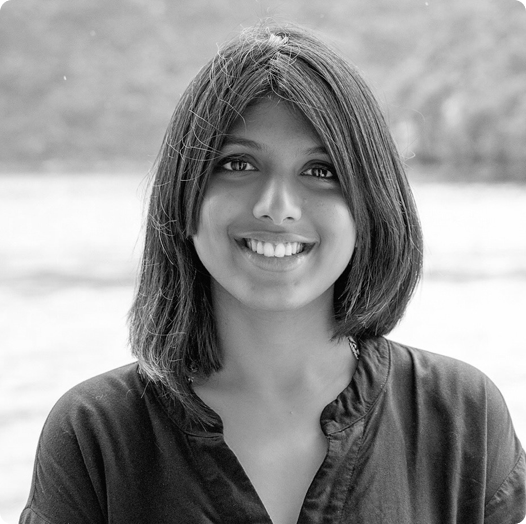 Sameera Chukkapalli is the founder and director of Needlab, she was recently selected as an "Obama Leader" by the Obama Foundation. She has designed and implemented human and environment-focused solutions in partnership with UN-Habitat and other City governments on 4 continents. As a maker and social entrepreneur, Sameera enjoys teaching workshops and making sustainable design solutions accessible to all. 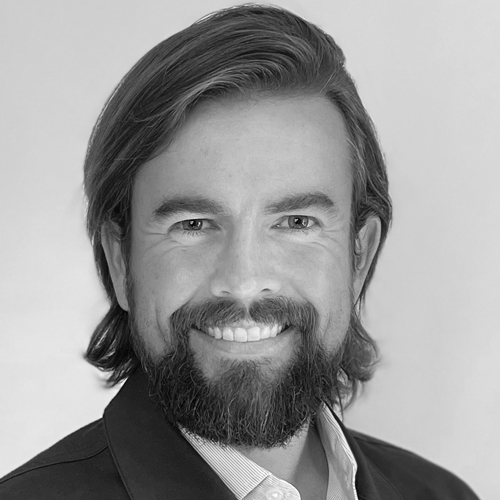 Robbie Nock is the Director of Entrepreneurship and Professional Practice at ArtCenter College of Design. His background spans media production, new technology, and startup development. At ArtCenter, Robbie produces academic programs and provides strategic services for a global community of creatives, entrepreneurs, educators and investors. 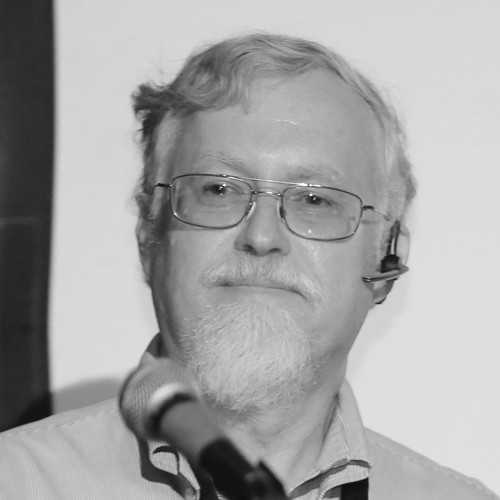 James has worked as an Applications Engineer, Microcontroller Firmware Developer, Product Support, and Development Manager for a number of products and companies. He excels at troubleshooting complex systems and providing support to users of all experience levels. 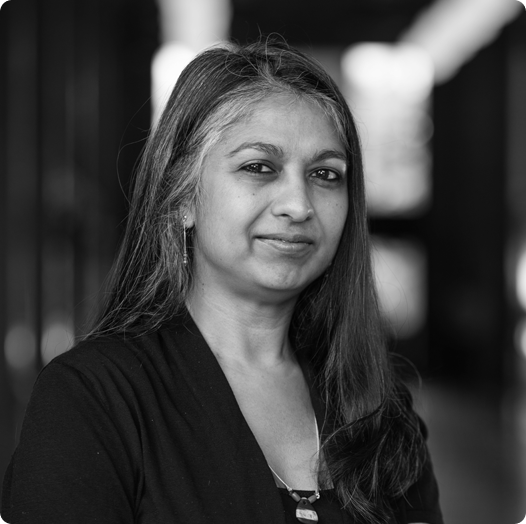 Nandini Ranganathan Ph.D. is the founder of CETI - A Creative and Emerging Technology Institute (ceti.institute). She creates messy, participatory, interdisciplinary convenings and collaborative creative experiments around social, technological, and environmental challenges. These are the catalysts for imaginative innovations that emerge from the unexpected collisions of people, practices, and ideas.

Andy Lin is the founder and director of the Emerging Tech Lab at Rancho Los Amigos National Rehabilitation Center (RLANRC), with over 25 years of experience of designing, creating, and customizing technology for individuals with disabilities. His primary focus is on the research, development, and application of new and emerging technologies within the disability, assistive tech, and rehabilitation engineering fields. 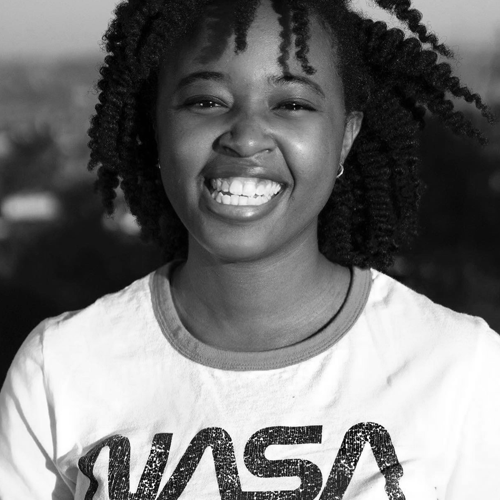 Janelle Wellons graduated with her B.S. in Aerospace Engineering from the Massachusetts Institute of Technology and has worked at the NASA Jet Propulsion Laboratory as an instrument operations systems engineer for over five years. Her role consists of planning, generating, and validating the commands to operate and monitor the health and safety of scientific instruments in-flight on missions. 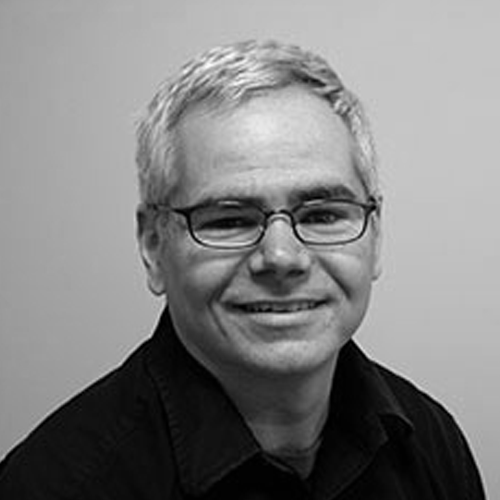 Rob Ryan-Silva has more than 25 years of experience working on aid projects in some of the world’s most challenging environments. As Director of DAI’s Maker Lab, he builds hardware, and capacities to build hardware, in support of international development projects around the world. 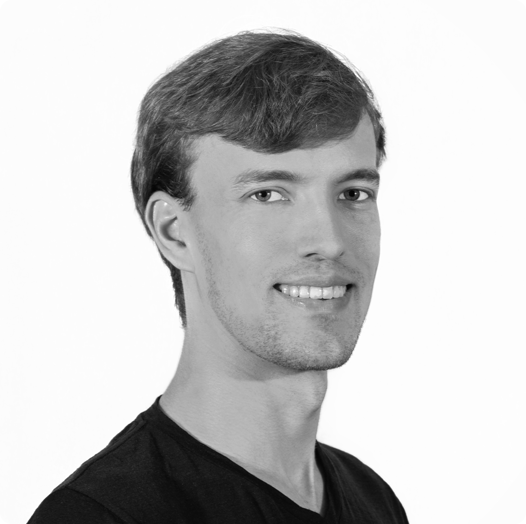 Deeply passionate about the intersection of making and sustainability, Todd is a Product Manager working on battery energy storage and founder of mkr.house, a community of makers.

Sahrye Cohen is a professional biologist and also a graduate of City College of San Francisco’s Fashion Design Program, specializing in apparel construction. She co-authored the book Make It, Wear It: Wearable Electronics for Makers, Crafters and Cosplayers. In addition to her costume construction and tech fashion work, she collects and restores hand fans. 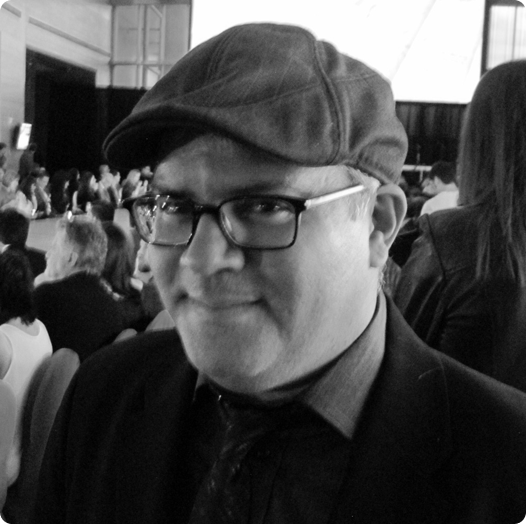 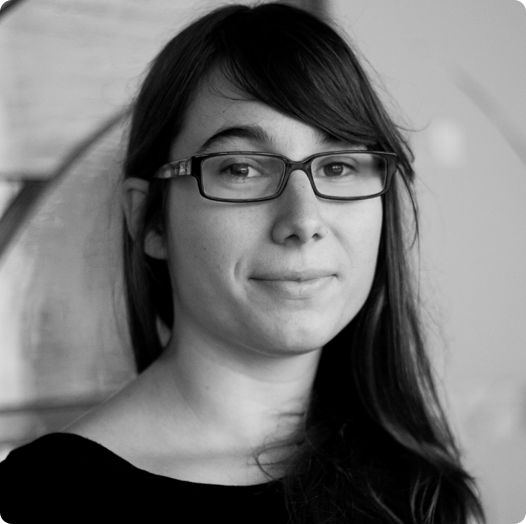 Director of Campus Makerspaces at the University of Massachusetts Amherst

Shira Epstein is the Director of Campus Makerspaces at the University of Massachusetts Amherst. She is also a lecturer in the Electrical & Computer Engineering Department. She works to build the maker culture and resources across the University while also providing mentorship for students projects across disciplines. In addition, she runs the day-to-day operations of the UMass Amherst Makerspace with her staff. 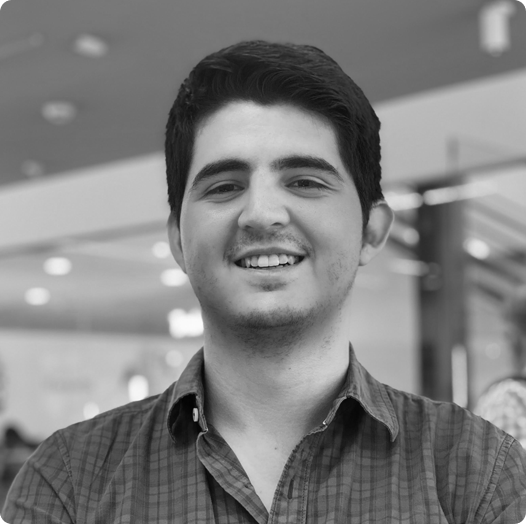 A. Patricio Montalvo is a mechanical and electrical engineer at Siemens Monterrey. He is Currently focused on introducing digitalization and automation tools to manufacture electrical protection and transmission devices.

Kathleen McDermott is an interdisciplinary artist with a background in installation, prop-making and sculpture, currently based in Brooklyn, NY. She is currently an Industry Assistant Professor of Integrated Design & Media at NYU Tandon, where her research is centered on wearables, eTextiles, and accessible STEAM education. 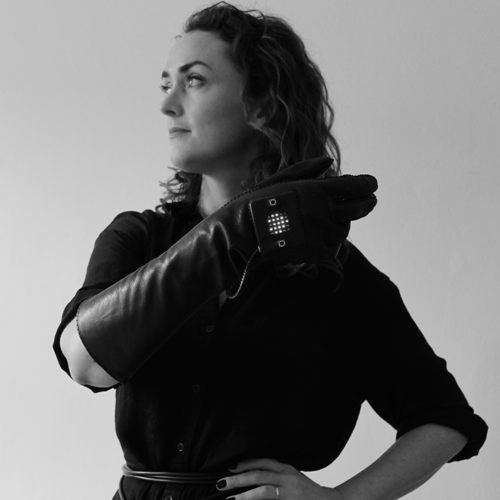 Helen is a creative technologist and author who specializes in music technologies and experimental electronics. She is the author of The Crafty Kid’s Guide to DIY Electronics, as well as a regular hardware column for Make Magazine. Helen is Head of Community at Crowd Supply, a crowdfunding platform for open hardware. 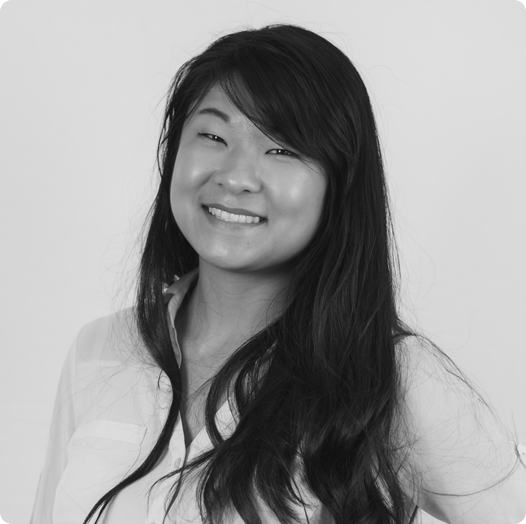 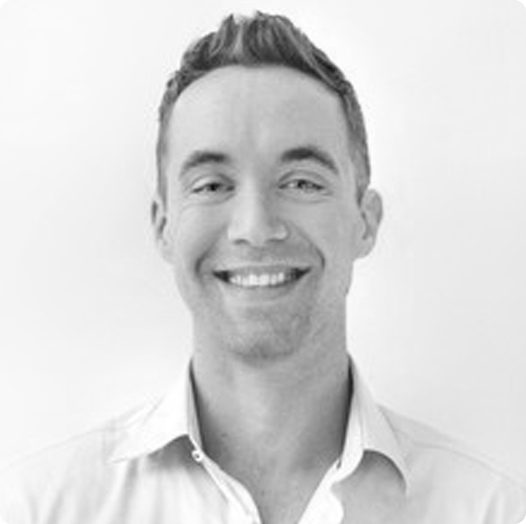 Josh believes in building technology that is open, durable, repairable, extensible, and privacy-enabling. During the day, Josh is an AI and robotics researcher at NASA JPL, and has worked on systems for Earth and beyond. On nights and weekends, he hacks hardware, writes open-source tools, and spends time with his family and gaming buddies.

Jacob has worked on the engineering teams of a number of hardware startups before joining Conservify in early 2017. At Conservify, Jacob has done field and lab work that requires applying and gaining knowledge to solve engineering problems of all kinds in a variety of exotic places, each with their own unique challenges. 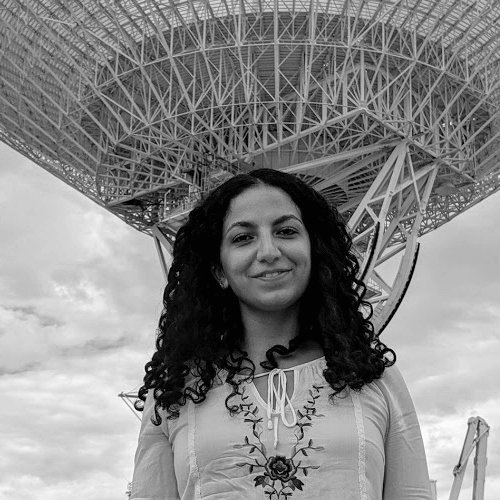 Sirina Nabhan graduated from the University of California, Riverside with a B.S. in Electrical Engineering in 2017. Today Sirina works as a Systems Engineer for the Deep Space Network (DSN), which enables Missions that visit the moon and beyond to communicate with earth. In her role, Sirina translates project data needs into software architecture in the DSN. 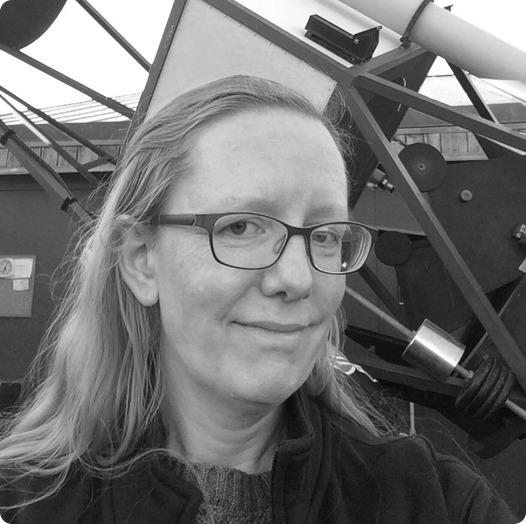 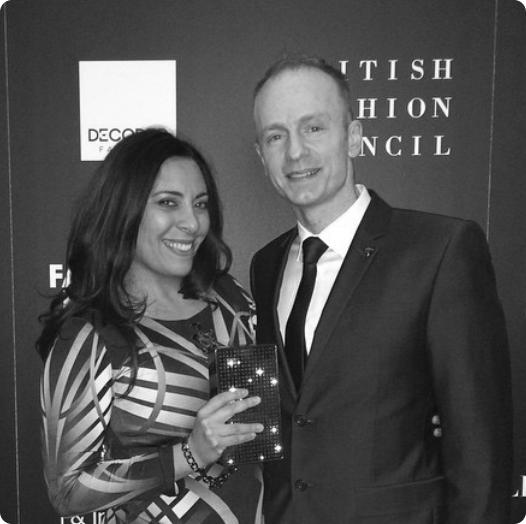 CuteCircuit’s co-founders, Francesca Rosella and Ryan Genz, come from a heritage of couture in fashion design (Valentino), and Interaction Design and Anthropology respectively. After a decade and a half of innovation, the brand holds a number of patents in the field of wearable technology, such as 3D Spatial Audio, Haptics for Augmented Reality, Interactive Luminous Garments, Multimedia Wearable Telecommunication Devices, and Sensor Enhanced Fabric constructions. 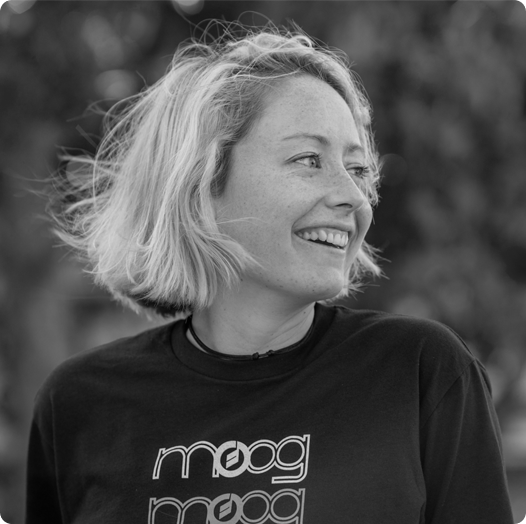 Cat is a mechanical engineer with an affinity for prototyping, building, and working collaboratively. Her experience ranges from developing novel medical devices to engineering humanitarian aid solutions, building up systems of local, distributed manufacturing to increase community resilience in times of crisis. Currently, she works at Moog Music engineering the mechanicals of synthesizers. In designing the instruments, she gets to play in the creative industrial design space while also designing for manufacturability across a wide array of materials and processes. 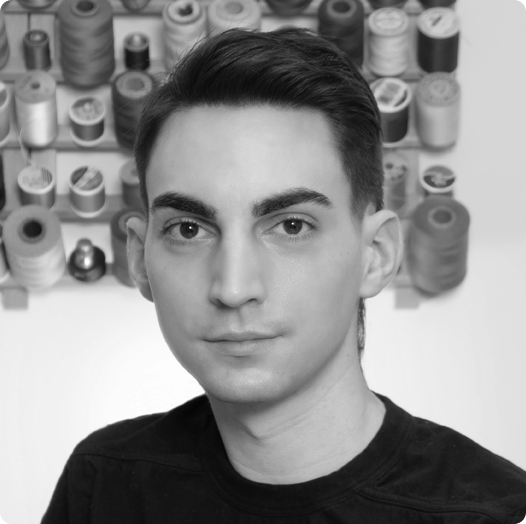 Cameron Hughes is a designer and engineer who combines these disciplines to create one of a kind garments. 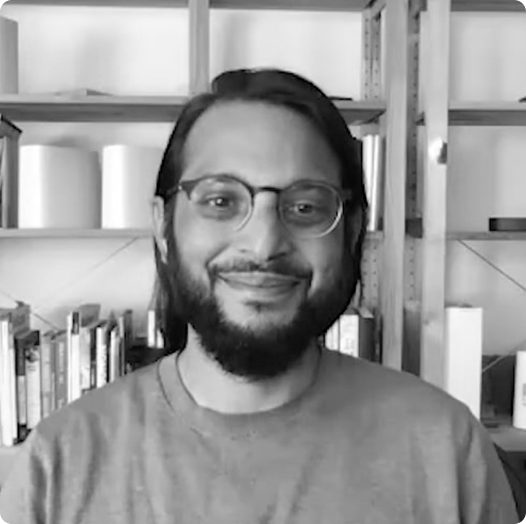 Jasen is an experienced Industrial Designer with a history developing hardware from concept design through tooling and to market launch. Jasen brings technical analysis together with creative synthesis. While technology informs us on the realms of possibility, Jasen is an industrial designer who is asked to interpret what is desirable for our sustainable futures.

Kristin "Hacker Princess" Paget is a security researcher / hacker, currently pretending not to be a kid-in-a-candy-store after being unleashed within Intel. For fun she builds everything from jumbotron displays and home automation systems to IMSI catchers, RFID cloners, and absurdly powerful infrared toys. 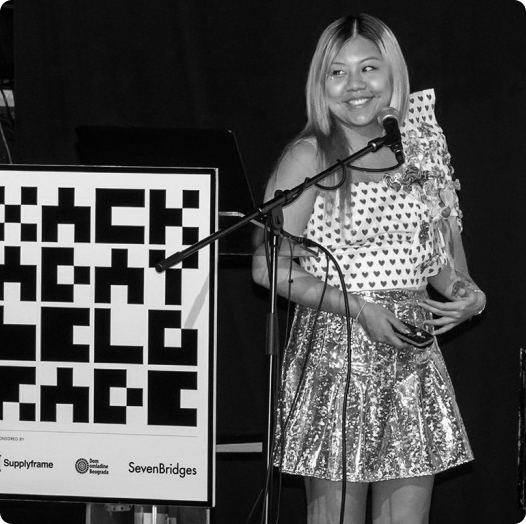 Rachel Wong has recently completed a PhD in Regenerative Medicine where she conducts stem cell research; using stem cells to grow eyeballs in an effort to fulfill her vision of one day creating off-the-shelf organs. She also works as a scientist at Evonetix in addition to creating wearables for innovative self expression as a fashion tech engineer. 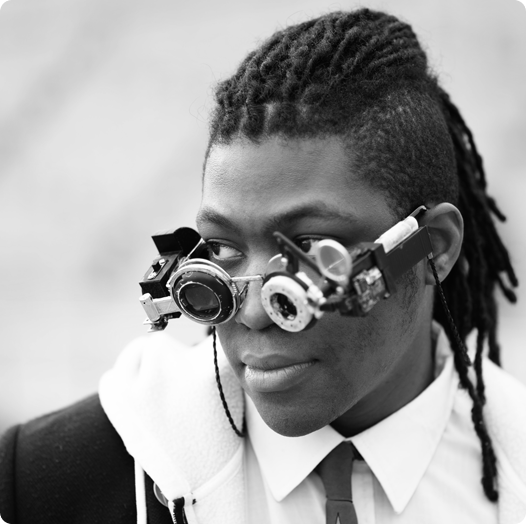 Jorvon is a Self taught Maker, originally going to Art school, he graduated with a degree in illustration but instead had a passion for robotics, after graduation he decided to not to work as a artist but to become a Maker. 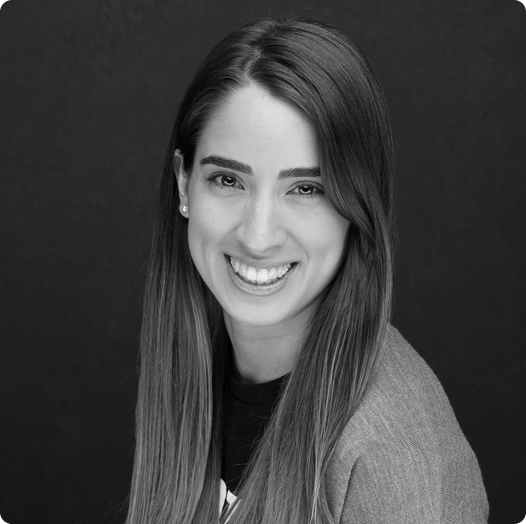 Valentina Ratner is co-founder and CEO of AllSpice.io, a git platform for hardware engineers. Passionate about the hardware space and cross-team collaboration, Valentina is an experienced engineer and former Amazon PM. She holds a B.S. in Mechanical Engineering from Boston University and an M.S. in Engineering (Computer Science) and an MBA from Harvard. 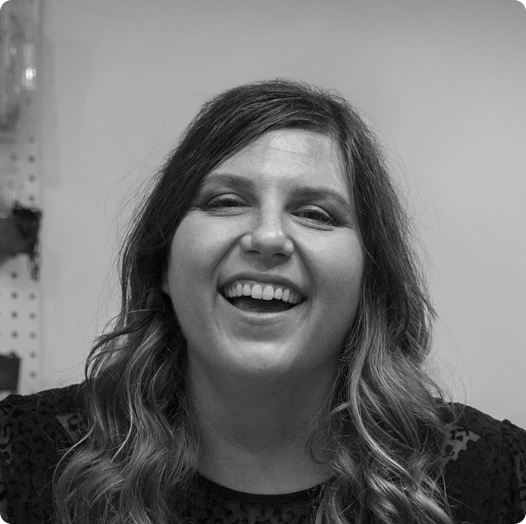 Audrey Love is an artist, designer, and storyteller living in Los Angeles. After graduating from the University of Nevada, Reno with a BFA in digital art practices and museum studies, they began sharing their creations on DIY project sharing platforms like Hackaday, and Instructables.com. 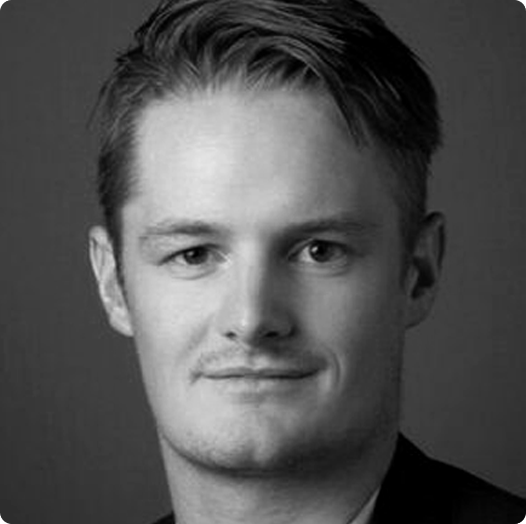 Sam is an engineer dedicated to developing technological solutions to issues that have been underserved by the technical community. At Conservation X Labs, Sam helped establish the internal Innovation Foundry, aiming to create ventures that are both beneficial for nature and economically viable, from idea to market. 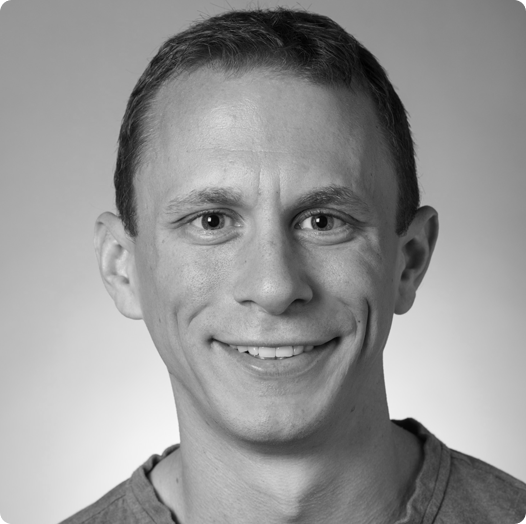 Ryan Cousins is cofounder and CEO of krtkl (“critical”), a San Francisco-based company providing high-reliability hardware and software solutions for ‘hard’ real-time systems in the robotics, sensing, and space industries. His focus areas include technical program management for the development and commercialization of deeply embedded systems, strategic partnerships and business development, fundraising and revenue generation, and small-business government contracting. Ryan earned a B.S. in Mechanical Engineering from the University of California, Los Angeles and actively volunteers as a technology and entrepreneurship mentor in the San Francisco Bay Area.

Clean energy is a powerful way to combat climate change and reduce emissions, but it comes with its own challenges, specifically the cost of building and installing facilities like wind or solar farms. For this challenge, we want you to focus on minimizing the costs around building and installing clean energy solutions. This extends to the way energy is stored as well, to maximize the efficiency of the entire infrastructure.

Recycling makes a whole lot of sense, but too often there are obstacles in the way of ensuring that typical materials are reused and repurposed. For this challenge, we are asking you to create new ways to recycle materials. Whether it’s harvesting valuable chips from PCBs, or extracting materials that could be used in other projects, the approach you choose is completely up to you!

Just because there’s a newer version of something doesn’t mean the old model should get left in the dust. Sometimes all it takes are some components, a little know-how, and a pinch of patience to turn an outdated piece of gear into something useful. This challenge tasks the community with adding new capabilities to old hardware, or to bring something broken back from the brink and make it functional again.

Weather and climate disasters can strike at any time, and due to climate change, they are going to become more frequent as time goes on. This challenge tasks the community with developing devices that allow communities to be more resilient in the face of severe weather, while also allowing them to collect data on their environment that they can use to support the argument for changes in local infrastructure.

Save the World Wildcard

Got an idea that doesn’t quite fit into our other challenges? The wildcard is for you! This is where anything goes, so show us how you plan to hack the future and help preserve this planet we call home! Your designs should stand apart from the other challenges, but still fit within the overall concept of the prize this year: to work within the United Nations Sustainable Development Goals structure and develop smart and sustainable hardware.